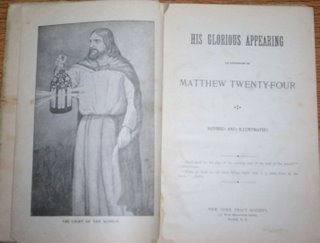 I read about the land aquirement in Crawford, Tx. for future protesting events, and I applaud your efforts. Day after day, we are sending our young men and women out to be slaughtered senselessly, while our pompous leaders continue to inflict our evil influence throughout the world in the name of freedom. They stand behind their so-called democratic notions, political agendas, and pompous attitude, all the time feeding the fires of war, and hatred throughout the entire world, as one pours gas on a fire, only the gas is the blood of innocent human beings all caught up in an ever escalating frenzy, ever edging closer to self destruction.

Its funny, you guys get arrested for protesting for peace, while the governments have the green light to murder and allow murder. Its war, I know, but what is war? Its murder in the politically correct whim of the day. People die. They don't come back. Gone; See ya.
I'm so sick and tired of it all being executed in the name of God. If that's not an oxymoron, I don't know what is. Yes, the Christians had their crusade all in the name of God, but that was over 800 years ago. People have been persecuted in the name of God since beginning of time. Enough, already! We are barbarians, but why bring God into it? When will mankind realize that its exactly the opposite of God's intentions for us? All these terrorist sects, Hezbollah, Taliban, al-Qaida, Jihad, etc (there are most likely many more that have yet to be brought to my attention) claim to be fighting Holy war. Well, idiots, get it through your moronic heads, that it is war, but please leave the Holy out of it.
Yes, the West is evil, as evil as the rest of the world, but there is nothing Holy about it. I recognize that the senseless killing will always continue, which is why we who oppose, should have the right to protest. And all these slogans such as "Support our troops" and patriotic acronyms like "God save our country" are useless to me. What does support our troops mean? That we should cheer them as they go into battle to kill and be killed? I don't support that.
Cindy Sheehan, and those alike, myself included, have the right, (and I'll leave Christian out of it) to speak our minds. So, go ahead, Bush and Blair, shake your hands, and wag your tails (and any other appendages you feel like shaking) and you, Israel, keep bombing Lebanon, and those who are making efforts to get humanitarian help where its needed, and block the UN efforts to do their jobs. Why did we create the United Nations in the first place if the most powerful countries in the world are going to thwart their cause?
Read Revelation!! Its starting. Jesus is coming, and like the scriptures predict, like a thief in the night, to finish the real Holy war. To judge the living and the dead. All knees shall bend, all tongues shall wag, all heads shall bow.
Posted by buckybob at 11:32 AM