The dangerous streets of Rochester, NY

I read in the news about the 14 year old kid who rode his bike through street traffic and was hit by an emergency police car call. It happened in an inner city neighborhood. The black community is up in arms over the accident, and claiming wrong doing on the police.

The real fact of the matter is pedestrians, bikers, skate boarders, for the most part do not obey the rules of the road. We all are aware the law states pedestrians have the right of way. They really ought to re-word that statement because the pedestrians are actually stepping out in the path of cars all the time, taking advantage of the right of way clause.

I live in the city and drive through the city daily and people do just step out in front of me. Yesterday, I was making a turn onto a street and a young girl on her cell phone, sashayed out in front of the path of my car. She took her sweet time crossing the street causing traffic behind me to honk their horns. I threw my hands up in an impatient gesture to her and she took her defensive posture, waving her arms and throwing me the finger. This is a daily occurrence, not merely occasional.

Two weeks ago, another 14 year old was hit on his skateboard in the street, in the dark, wearing dark clothes, again, believing he had the right of way. He is dead regardless of who's fault it was but the operator of the car was not held responsible.

They really should start giving tickets out to the pedestrians for making illegal crossings against the traffic. Almost nobody takes heed to the cross walk signs; they just walk out there like they are invincible. When I cross a street, I am watching the traffic, and do not waste any time getting to the other side. I don't care who's fault it is; if I get hit by a moving car, chances are high that I am going to be seriously hurt or killed.

My prayer today is that people wake up to the consequences of their idiotic actions.
Posted by buckybob at 10:02 AM No comments:

What is a Catholic

A friend on Facebook just posted the question: What is a Catholic/ Is a Catholic a Christian? Questions like this have divided the Christian world for years. They say politics and religion should not be brought up in conversation for there is always division. 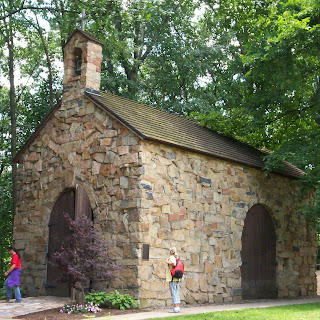 Where does one start to believe what is authentic or not? I was raised a Catholic, but did not attend church most of my life. As a teen, I attended a Methodist church with my sister and brother in law, but mostly to sing in the choir and socialize. As a young adult, I sent my children to a Catholic school in Virginia to keep them from being bussed to the inner city public schools. As an older adult, I began attending the Catholic church again, but as a member of the worship team band. There, things slowly began to take place in my numskull. I began to realize that God was speaking to me if I took the time to listen. My daily life problems (which were many) began to diminish in intensity by allowing God to take most of the burden on His shoulders.

Back to the question Is a Catholic a Christian? Again, I am slow on the up-take so to speak, but it is my understanding that Christianity started with Jesus Christ, who came to earth, the Son of Man, to die for the forgiveness and salvation of mankind's sins. His immediate followers took the preaching throughout the world. Jesus appointed Peter to be the rock of the church foundation and gave him the keys to heaven. Peter went on to be the first of many Popes. The Pope is the supreme human living leader of the Roman Catholic Church. Wouldn't that make a Catholic a Christian?

Jesus calls us believers to go out into the world and spread the "Good News". Why is there so much division over religion and Christianity? As Christians, we are not doing the right thing by creating divisions among the Christian religions. Jesus taught that a house (meaning the church) divided among itself will not stand. I originally believed Abe Lincoln said that first, but he was talking about our young nation and was quoting bible scripture.

If we spent more time adhering to the word of God, aspiring to do as Jesus asks of us, and less time creating all the division and strife between the Christian religions, would not the world be a better place for the advancement of all Christian alike?
Posted by buckybob at 10:20 AM No comments:


Take a roasting chicken, wash, place in a roasting pan with some olive oil in the bottom. Cut up potatoes, carrots, onions, garlic. Place around the chick in the pan. Cut up more onion, and a lemon. Place inside the bird, salt & pepper, drizzle some olive oil over everything and bake at 350. After an hour or so, add a can of peas to the frey, and continue to roast till everything’s brown and done! Let cool a bit, cut up, and pig out!
Posted by buckybob at 8:18 PM No comments: