Taking a few minutes to reflect on the past gigs I played on New Years Eve.  Some were sure doosies, I'll tell ya.  There were more than I'd like to remember at the Ontario Fire Hall.  One year, while playing there, the bass players wife grabbed my wife and away they went, bar hopping, only to return near midnight.  When the bass player's wife walked in, I asked her where  my wife was.  She mo
motioned to the outside.  I found her passed out in a snow bank.  Happy New Year to you, too!

There was at least one, maybe more, at the Geneva Moose Club.  My wife did not pass out that year.
Most New Years Eves were more drudgery than fun.  The life of a musician is not the glamor and glitter people would expect.  Most of it's driving long distances, hauling heavy equipment, all while watching others make fools of themselves.

There were a few, at the California Brew Haus.  They were not too bad, as the distance wasn't so bad.  Then there was the all memorable one, solo at the Brew Haus, six long sets, ending at 0330.  That was the most money I made, $ 150.00.

The last one I played was 2004, just before I moved outa Palmyra at the local Moose Club there.

Wow, it's been ten years!  I don't miss it.  Tonight, after Mass, some take out Chinese food, a bottle of ten year old Bordeaux, and some Asti Spumonte, if'n I can stay awake for midnight!

Happy New Years to all and be safe out there! 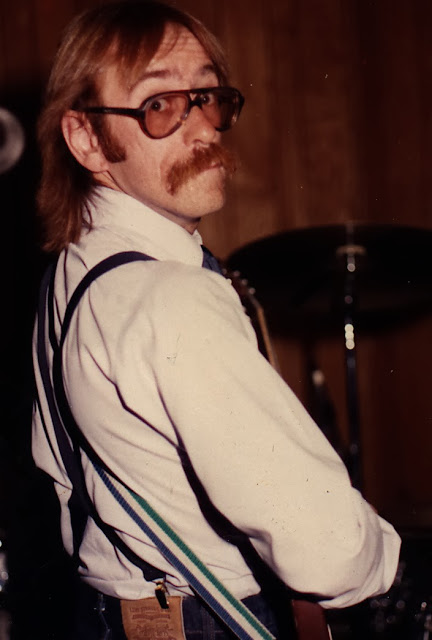