In the Navy (cont) 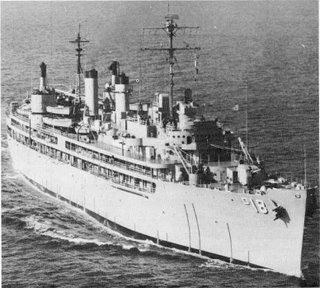 So, twenty years old, away from home for the first time, newly-wed, baby daughter, and new in the Navy, all the last six months of 1968. Wow, talk about an adventure a minute! A lot of new things to get used to, including the absence of my beloved moustache. Eventually, I managed to slip that back on my upper lip.
I went to Great Lakes, Ill. for bootcamp, Storekeeper A School in Newport, RI, and my first real duty station, the USS Sierra AD-18. It was home ported in Norfolk, Va. Legend has it that I took the last commercial prop plane flight from Rochester NY to Norfolk, but don't hold me to that one! There must have been buses at the airport, out of reckoning now, but when I walked down that pier, and looked up at this huge 530 foot long monstrosity, I was spellbound. I felt like an ant on the pier under the shadow of the mighty Sierra. I didn't really know where to look first; there were ships everywhere, many moored outboard my ship. My first vision of a submarine, and and aircraft carrier, and even from far away, that baby was huge.
I felt dwarfed under the load of my virgin seabag, as I reported aboard, a mixture of excitement, apprehension, and elation, cursing through my body. Up the gangplank I went, approaching the duty officer, I snapped a salute, and croaked out" Seaman recruit Gelo, reporting for duty, Sir" the salute was returned, and a pair of twinkling eyes peer out from a pair of bushy eyebrows, and the officer said " Ah yes, Jello, is it? We've been expecting you!" The rest of the afternoon was a flurry of activity, as I got settled in and shown around my new floating home for the next couple years. By dinner time, my heart had resumed occupation of my chest once again, and my jitters gave way to seconds in the mess line, which seemed to amuse the commissary personal. The food was passable, plentiful, and my new life began to take form as my first day came to a close.
Posted by buckybob at 5:35 AM