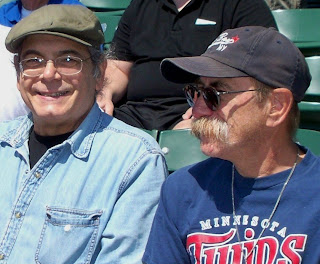 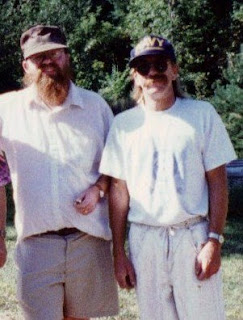 I have played in many, many bands over the 45 years or so that I have played. For the most part, once ya leave a band, you very seldem see the other musicians. Long about 1989, I got a call from a guy looking for a guitar player in his band. His bass player had seen me playing solo at some festival, and took my card. Well, it so happened that the guitar player I was replacing, and I met at our mutal friend's house. I ended up playing in this band for 6-9 months, but not only did I become very good friends with this guy, but his friend that left the band before me. This friendship has lasted over 17 years and growing. My friend, Shadow, as we call him, and I see or talk to each other on a regular basis. And Down Home Dave, the guitar player whom I replaced in Shadow's band, and I see each other a couple a times a week for lunch or jam on guitar. Its so strange how friendships overlap, and link others together. I have gotten to know these guys' families, friends over the years, and they too have become friends with the other friends I already know. If I tried to do a reunion with all the past band members I played with, wow, what a huge ensemble that would be!
Posted by buckybob at 8:18 PM