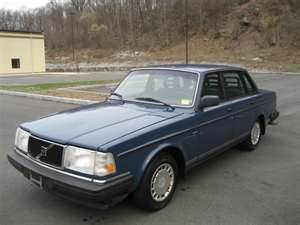 Last month, we got another used Volvo, a 1990 240 sedan.  Theresa wanted to pass her Hyundai off to her son, and we were under the gun to get another car soon.  There was this used Volvo at a Volvo garage, where I had some work done before.  The work was very good, the guy knows Volvos backwards and frontwards, so I made the mistake of assuming this used car was somewhat kept up.  As it turned out, the mechanics there, took turns driving it for the winter, and fixed nothing.

The first issue was the door locks were frozen on both front doors.  They advised me they had another set of locks for $ 50.00 more.  I got him to throw the locks in for nothing.  The day we got home with it, I attacked the door panel, and changed the drivers side lock.
It seemed to all go OK, but the next day, as soon as we started the engine, the locks went crazy, going up and down on all the doors, forcing me to pull the fuse.  I also found the battery dead the first morning!  I went out and bought a new battery, and stuff to tune it up, gaskets to stop the oil leaking, and got dirty.

The second day, it was raining hard when we got in to go out, and we found the windscreen leaking near the rear view mirror, forcing me to grab duct tape to administer a temporary repair.
Yesterday, being beautiful out, I changed the hoses, thermostat, and coolant.  The new thermostat failed to open, forcing me to take it apart again, make a mess, and install a second new thermostat.
Then I moved on the the windscreen leak, and applied silicone sealer to suspected areas.  As it has not rained since then, the outcome of that repair is yet to verify.
Then, I figured I'd attack the door locks again.  After getting back inside the door and removing the wiring harness from the lock, I discovered all the wires bared about an inch from the connector!  About one foot down the harness, I found more bare wires.  I cut the harness apart and used shrink wrap to try to insulate the bare wires at the connector.  Then I stripped back and connected the other end of the harness, using wire nuts.  That's when I discovered that I could not orientate the wiring connector back around the lock cylinder.  I spent all afternoon and seemed to get nowhere.  Finally, I snipped away a portion of the connector on the one side, hoping to gain the room I needed to orientate the connector around the lock.  It only fits one way before it locks shut and tight.  My little snip worked and I finally got it back on the back of the lock.  By then, it was getting dark fast and I still had to put the door panel back.  I was tired and had to take it back apart three times before everything went back correctly.

The doors now all lock and unlock with the master door lock at the drivers door!  I could put the fuse back in regain the inside lights, clock and radio!
Theresa just called to inform me it all works great and she got to work without incident!
Good ole Hedwig!