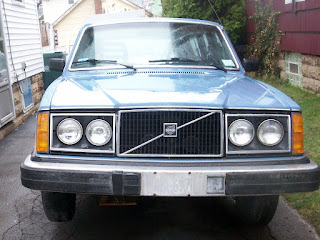 As I grow older each year, I am aware that I am driving slower than I used to when I was younger.  Much of the change of my driving habits has nothing to do with getting older, but more so my interaction with the increasing traffic concentration on the roads.  This is what I notice now:

If I go the speed limit or even five miles over it, everyone behind me will pass if possible.  Almost everyone who passes me, I catch back up with down the road a bit further.  All the jockeying for position accomplishes nothing.  Those who passed me, merely wasted their gas and profited nothing for their efforts.  Conclusion:  You gain no time by going faster.  When everything's said and done, gaining a car length or two ahead of me, saves nothing.

If you are driving on city streets with traffic lights on most of the blocks, trying to speed up to make the next light will only result in you catching the red light after the one you passed.  The timing of the lights is so that you can't gain any time by going faster than the speed limit.  If you can see a red light ahead in the distance, let off the gas a bit and you probably will catch the light green by the time you reach it.  If you take off at a green light, and find the next light red, you probably were going too fast.  By keeping with the speed limit, you will find more green lights than red ones.

Don't justify speeding by believing that you will anger the traffic behind you;  some folks are born angry and will pass you no matter how fast or slow you go.  I believe you should keep pace with the traffic but not if it means going more than 10 miles over the limit.

Do not assume that taking the Expressway to your destination will get you there faster.  In reality, you may get there a bit faster, but for the most part, it is not that much time saved.  If you are driving during the rush hour (3:30 PM to around 6:30 PM) you will not save any extra time by taking the fast route.  What I really don't relish, is being on the Expressway and encountering a traffic stopped situation and having no place to turn off.  You are stuck there until the traffic resumes movement or you can creep to the next exit.  In the city, you have the option of turning off a street to avoid the stopped traffic and re-routing around the problem area.  Learn the areas that you frequent and find the detours you can take to keep rolling.

Don't take off full throttle at a start and you will save a ton of gas.  If you notice the traffic slowing or stopping ahead, take your foot off the gas pedal and slow down rather than waiting to come up quickly and have to slam on the brakes.  Much of driving is coasting.

One of my biggest aggravation is tail-gaiters.  Keep a safe distance between you and the car in front.  I believe the rule of thumb is a car length for each 10 MPH you are traveling.  That means at 60 MPH, you ought to have six car lengths between you and the car in front of you.  So many times, I look behind, only to see grill lights and bumper on my tail.  That means the car behind me will not be able to stop in time if I need to.

By altering your driving habits, you will save a bunch on wear and tear on your ride, your gas mileage will increase, and you will not be in harms way half as much.
Posted by buckybob at 10:19 AM