I hate politics.  I have no faith in our form of government.  I am not an activist. I don't vote.

I know, I will receive a barrage of insults from those who argue that it is my civic duty to vote and how many people have died so that we might enjoy this privilege.  Let me point out that I served my 4 1/2 years active military for our country.  I really had no choice, you see Nixon sent me the happy letter advising me that Uncle Sam was expecting me to muster and defend our country.  I had no say in the Vietnam "Police Action" arrangements, nor did I agree with it.  As far as I'm concerned, war is one of bigger slaps in the face to God.  Looking back through history, I fail to see any progress we've made.  Mankind is more evil and ruthless than ever before.  Enough about what I was forced to do as a young man.

If I could see a nano-fraction of my vote being recognized at all, maybe I'd think differently.  To me the definition of democracy means our leaders are bought and empowered by the wealthy and powerful, to due their will, not the will of the common man.  It's all about money, greed, and power.  These three things go hand in hand and even the people who mean well in the beginning, fall under the lure of money, greed and power.  Until we change how our democratic leaders are really elected, things will never change.  Correction; things will change only for the worse.

Now the government has dictated to us even how we handle our health insurance coverage.  Policies are forced upon us whether we like them or not.  For one thing, our two party system is a joke.  We supposedly elect officials to make the laws to benefit us, but we see that is not the case at all.  We simply now elect those who continue to make the laws to benefit the rich and powerful.

Our country was originally formed, one nation under God.  In 200 years, that sure has taken a back seat.  Now, it's more like one nation under the evil one.  We have morphed into the United States of Gomorrah.  As my father used to say "The cards speak for themselves."  The writing's on the wall, just as in Daniel's time.  We are allowed to speak anything, no matter how scandalous, or who gets hurt.  Our so called freedom of speech has given free reign to reek havoc.  There is no dignity or respect in anything we do anymore.

The root of the entire evil matter?  We have turned from God.  We have evolved into such a super race of people that we don't seem to need God's guidance any longer.  We possess the manual for life and prosperity, but no one believes anymore.  In the last 2,000 years, we have not gotten it.

So all of you who think I am committing treason, think again.  Time is up.  Most homes do have a bible in them.  Isn't it time to dust it off and see what's inside?  Everything in the bible is handed down from the word of God.  All of the predictions so far have come true except the one that has not transpired yet.  Jesus is returning; I believe sooner than later.  It won't surprise me if it is this very year.

In the words of John the Baptist:  "REPENT, FOR THE KINGDOM OF GOD IS AT HAND!" 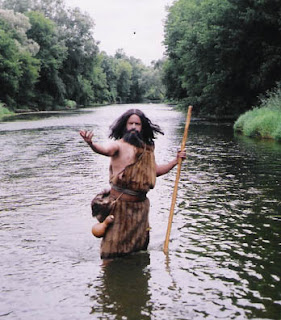