The continuing adventures of Ugly 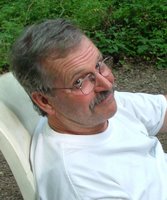 The continuing adventures of Ugly

To the best of my recollection, it was in 1975, but what does the date really matter!
I was living in Norfolk, Virginia since I discharged from the Navy. How I ended back
up here in upstate New York, is another story. Anyway, one night, I got a phone call
from Ugly. "I'm in Suffolk" he said; "and how do I get there form here?" I instructed him
to the Portsmouth tunnel that would bring him into Norfolk. I would be waiting on the other side of the tunnel in a yellow MGC. He laughed; "I wont be able to miss that" he retorted; "I"m driving
a 72 Lincoln MK something or other"
I gave him time to get there, estimating for his lead foot, and left to meet with him. I parked on the Norfolk side of the tunnel, and waited for him. Sure enough, the unmistakable bulk of a
Lincoln emerged from the tunnel, and I flashed my lights. It was dark, and light traffic. The car pulled up next to me, an electric window slid down, and there was Ugly grinning from ear to ear.
He said something about, "where's the beer?" and we laughed. I pulled ahead in the MG, and
we did our best to expend an exorbitant amount of rubber on the road, as I observed his car
in my mirror, leaning in the tight curves, as he punched the Town car to keep up with the C.
We got to my apartment, and he explained that he was coming from his mom's in Florida, up to New York. The Lincoln was being shipped up to Rochester, and Ugly was the shipper. We talked
till early morning, and caught up on news. Ugly had been all over out west, and one story led to
another! His hair was down to his butt, and he asked my first wife, Sue if she would cut it.
That was a mistake; she hacked it off to about shoulder level, and he left the next day with
a strange resemblance to the kid on Dutch Boy Paint cans!
Over the years, there many other un-announced visits from him. Once in a baby blue 35 Ford Pickup, another time in a mid-fifties Vette. The big grin never changed over the years; our hair
got thinner, greyer, but his eyes, and smile were un-mistakable!
Posted by buckybob at 5:57 AM