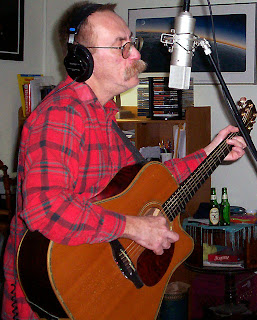 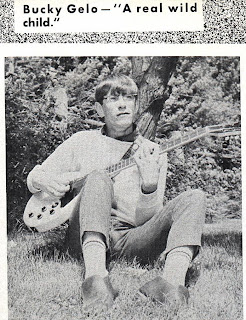 I play in a rock band for the Life Teen Catholic Mass now, going on 4 years. It is still a Catholic Mass, complete with two scripture readings, a Gospel reading, and a Psalm. (There are many other things done, defining it as a Mass, but for today, I wish to talk about the Psalm. The Psalms were written by King David, and intended to be sung, as they are songs to God. The majority of the years I have played in the Life Teen band, I was the lead guitar player. For almost a year now, I have acted as music director,when the original band director moved to another city. The band not only plays music before, during and after Mass, but becomes an integral part of the Mass, providing musical cues to the priest, and other ministers. It took some time for me to get "comfortable" with all the subtle cues the band supplies throughout the Mass, but the Psalm, is something different, a new song that rotates on a three year cycle, 50 per year, for three years. The Psalm can be read, but the preference is to sing the Psalm. I had the task of learning the Psalm each week for the service. As I said, we are a rock band, providing the musical ministry for teens. I perceived the already composed Psalms as sorta corny, considering the majority of our music is rock related. Also, it took time to learn them each week. One night on the news, I heard a story about a computer programmer, who quit his profession, and started playing and composing music. When asking a friend if he thought it feasible, the friend replied "Write one song a week for an entire year and if you can do that, it could be feasible. Well, the guy started writing these funny little tunes which took on the label of "Geek Rock" and made a name for himself. I thought, well, if this geek can cut a path in that direction, I can do the same thing with my Psalm dilemma. So I began writing a Psalm a week, in a more contemporary style, better suited to the teens, and also taking on the challenge of writing a song a week. The main difference is, my focus is to magnify the glory of Jesus instead of geekism. I took on this challenge to myself the first week of January this year. I've had a few stumbling blocks with creativity, but for the most part, have written a song or Psalm a week, for the last nine months. Some are not as creative as I'd like them to be, but some are really special to me. Many, I have hastily recorded to pass on to my band to learn for the Mass. Many have not been recorded at all. Darn that summer; so many other things to do! Now that fall is here, I will attempt to go back and record the missing ones so that I will have a record of them. If I can keep this up for two years and three months, I will have completed the three year cycle of them! I have made available these songs on my blog site. The work is far from completed. Many of the recordings, are not too hot, and need to be fixed or totally re-recorded. So, my friends, that is the Psalm Story! Peace be with you!
Posted by buckybob at 1:52 PM