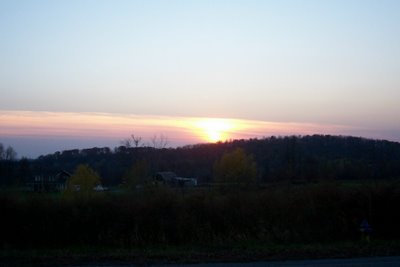 So this morning in the news I read about a college in California banning the pledge of Allegiance. Hmm, I think, its about time people pick on banning something else other than something that references God. But as I read on, I learned to my horror, that the mention of God WAS the reason for the banning. My blood started to boil for a minute, than I remembered the lecture I attended last night.
I saw this awsome Catholic Evangilist, Jesse Romero, speaking so passionately about Jesus. One thing he said, and I knew all along anyway, was that Satan, is the ruler of this Earth. The evil one is responsible for stirring up the hearts of mankind. He's got the United States just where he wants it. We are the strongest society to date, and will crash, as the Roman Empire, The Greek Empire, Sodam, and Gomorrah. Billy Graham, talked about Sodam, and compaired it to the US. He said" If you take L.A. NYC, Las Vegas, New Orleans, and stirr them together, thats Sodam. No morals, living in the flesh, anything goes, homosexuality, divorce, murder, lust, gluttony, to name a few attributes, thats Sodam. When God puts the hammer down, the US will crumble like cheap mortar.
We, as Catholics, are not doing enough to fight against the evils of today's society. the Mormans, Johovah Wittnesses, even the Baptists go door to door to promote their religions on a regular basis, and the Catholics, though many go to church, do not take advantage of anything Jesus has to offer, or even "know" him. They go through the motions, take communion, maybe go to confession now and then, and then go out and mingle without taking God's word with them. Luke warm, we are. Oh how sad, how so very sad, how so very wrong. Catholics ARE the original faith to follow Jesus. They need to wake up and act, act for themselves, for their families, for their church, for their leaders.
This past week in Rochester, NY, where I live, there were six homicides in six days, and the week aint over yet! The Devil is doing great, alive and well, winning the game, and we continue to fumble, turn our heads, lock our doors, and accept life for normal.
We have the best game plan, the strongest team, the biggest guns, the a team captain who can not be struck down, nor has ever swayed from the plan. All we have to do is be team players. Wake up CATHOLICS, you're being called to active duty, drafted into this war, and as Jessie said, dont go out there with only a nail file for a weapon! Do not be afraid. Follow the game plan and win!
Posted by buckybob at 6:53 AM